What is the best program to study in China? Anyone list the top 10?

I’m deciding to study in a Chinese university as an international student but I’m not sure which major should I take. What is the best program to study in China in 2021? Does anyone list the top 10 programs in China? Or the top 10 most popular subjects in China?

On May 26, 2021, ShanghaiRanking released the 2021 Global Ranking of Academic Subjects, and 12 subjects from universities in mainland China won first place in the world! These "champion subjects" are:

Harbin Institute of Technology has been ranked the first in the world in terms of Instruments Science & Technology for five consecutive years. It has made great contributions to China's aerospace industry, supported the development of China's aerospace and national defense weapons and equipment, and promoted the development of domestic high-end precision instruments and high-end equipment.

Tongji University ranks first in the world in civil engineering, and its achievements in the field of tunnels and bridges are obvious to all. The Hong Kong-Zhuhai-Macao Bridge, the world's longest bridge, was designed with the participation of Tongji University, overcoming the major difficulties of the island tunnel project buried 20 ~ 30m deep under the sea. Tongji University has participated in the construction of a series of tunnels and underground projects such as the Xiamen subsea tunnel, Shanghai Yangtze River Tunnel, and Qingdao Jiaozhou Bay Tunnel. So civil engineering is one of the best programs to study in China, with many scholarships availble. 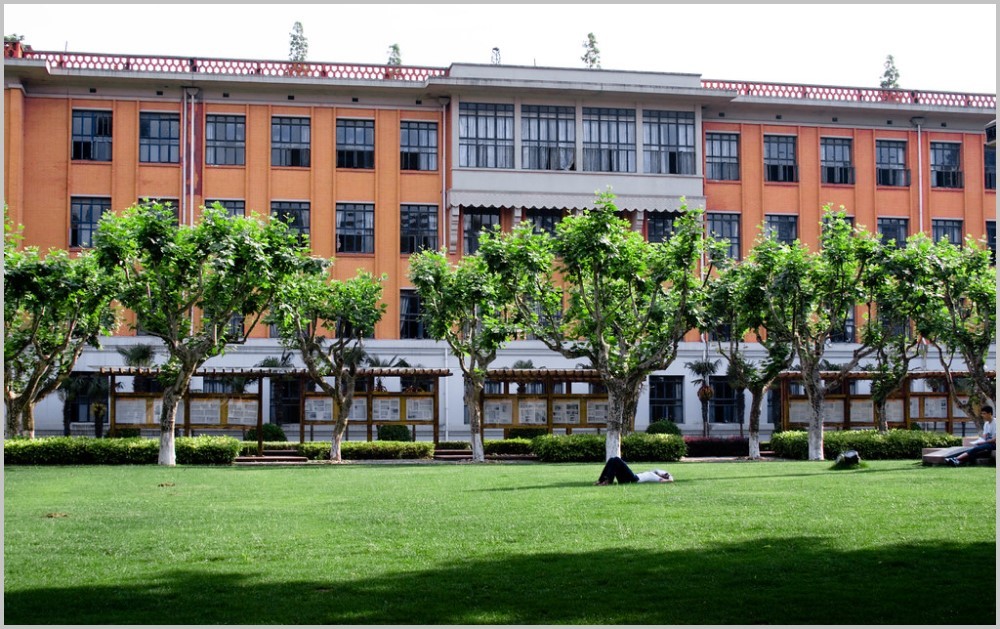 China is an energy country with large output and consumption. In recent years, the scale of renewable energy development and utilization in China has expanded rapidly, and the cumulative installed capacity of hydropower, wind power, and photovoltaic power generation ranks first in the world. In the field of Energy Science & Engineering, Tsinghua University, the best university in China, is second to none. Its Energy Science & Engineering department closely follows the forefront of world scientific and technological development, based on the needs of national economic development, and transforms scientific and technological achievements into productivity. 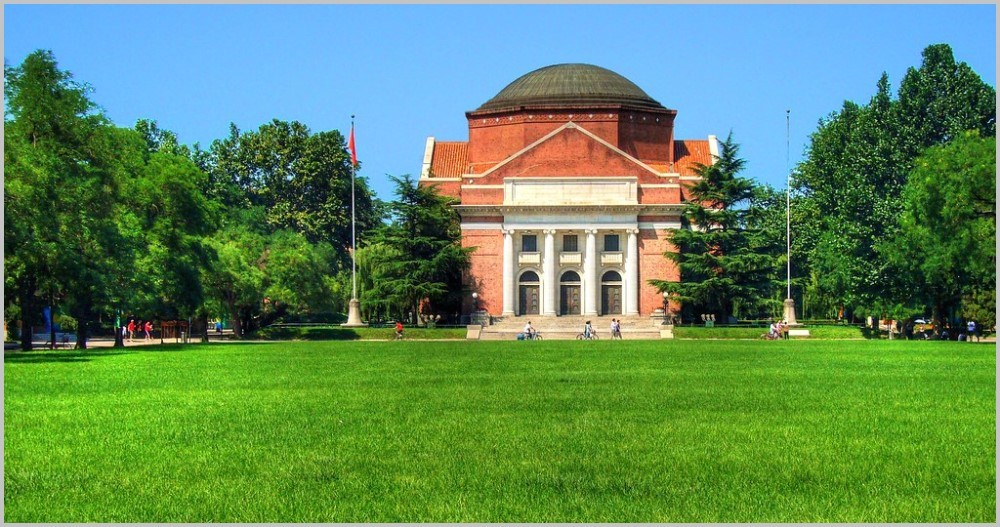 China is a country with a large population. How to make 1.4 billion people have enough and good healthy food is a major issue in the field of food production. Jiangnan University is the leader in the field of Food Science & Technology in China, and its subject strength ranks first in the world. It has five national platforms, including the only State Key Laboratory of Food Science and Technology in China's food field, the International Joint Research Center for Probiotics and Intestinal Health, and the National Functional Food Engineering Technology Research Center, and has won 19 national science and technology awards. Its Food Science & Technology ranked first in three consecutive rounds of subject evaluation of the Ministry of Education in 2009, 2012, and 2017. So food science & technology is one of the best programs to study in China. 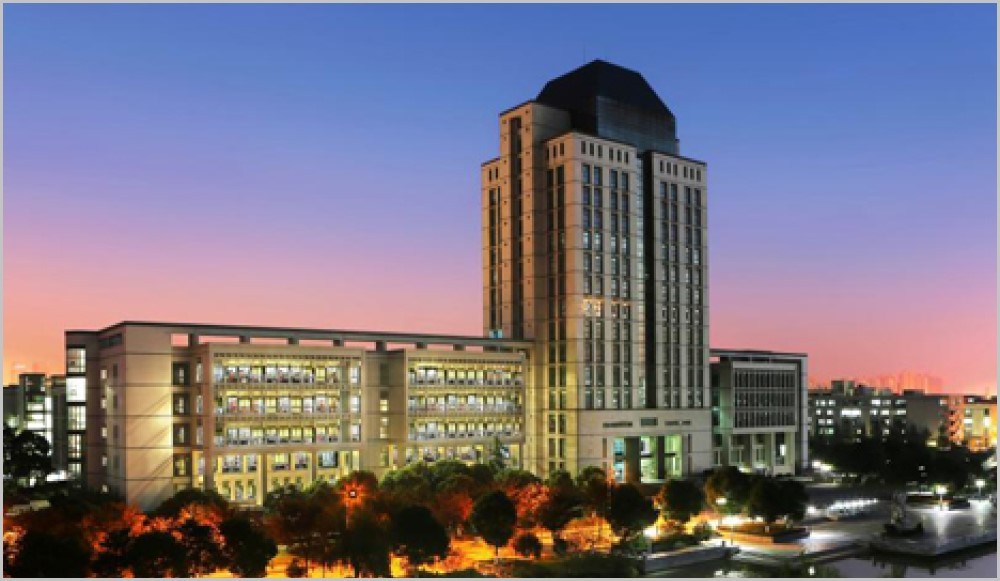 Beihang University is second to none in the field of aerospace, and its subject of Aerospace Engineering has won first place in the world for four consecutive years. Over the past 60 years since its establishment, Beihang has created more than 40 domestic first scientific research achievements and has always been at the forefront of domestic universities in the field of cutting-edge technology research. So aerospace engineering is one of the best programs to study in China.

In terms of Marine/Ocean Engineering, Shanghai Jiao Tong University, which ranks first in the world, has trained a large number of talents. Academician Huang Xuhua, the father of China's nuclear submarine, academician Zhu Yingfu, the chief designer of China's first aircraft carrier, academician Xu Qinan, the chief designer of China's first 7000 meters manned submersible "Jiao Long", and many other outstanding talents all come from Shanghai Jiao Tong University. So marine/ocean engineering is one of the best programs to study in China. 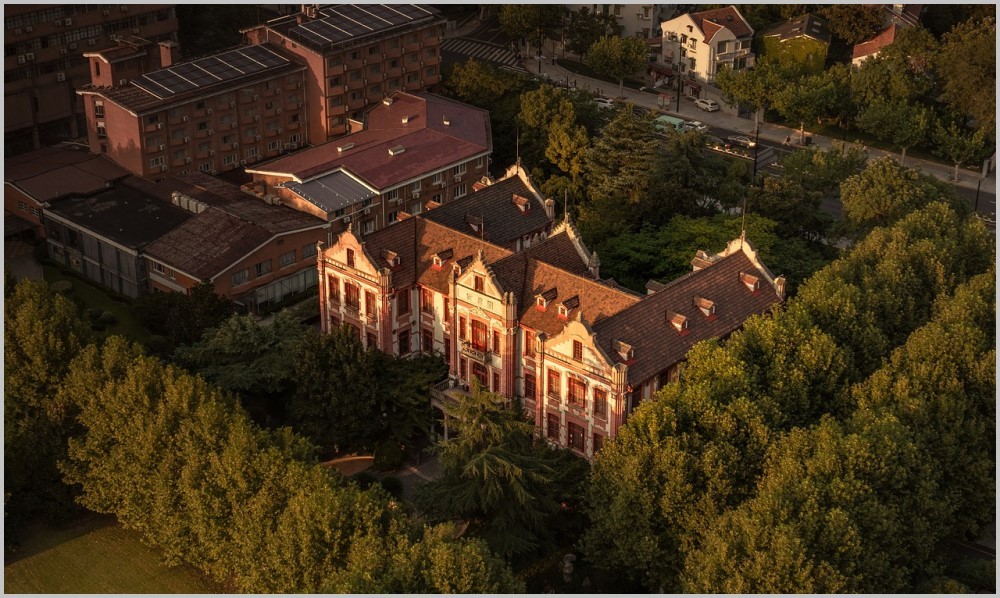 The development of transportation is inseparable from the support of scientific research forces in Colleges and universities. In 2021, the subject of Transportation Science & Technology of Southeast University reached the top in the world. Mao Yisheng, academician of the Chinese Academy of Sciences and bridge expert Yu Liji, an expert in road and railway engineering, and other famous scientists are the founders of Transportation Science & Technology of Southeast University. In recent years, Southeast University has also participated in major national projects such as high-speed rail technology to serve major national development strategies with high-level scientific and technological innovation. 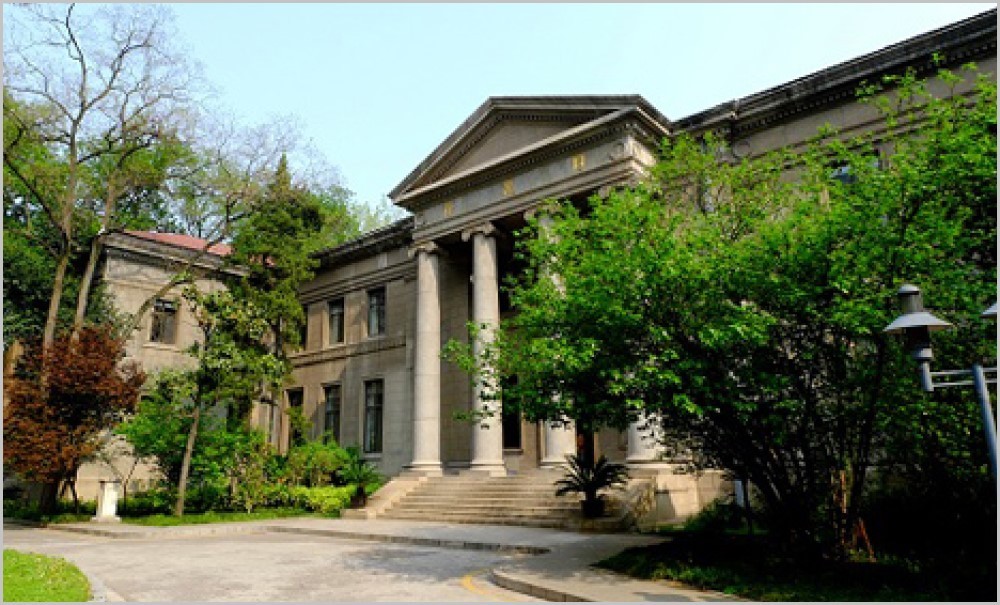 Wuhan University has the most strong strength in the major of Remote Sensing, ranking first in the world for five consecutive years, constantly promoting the development of China's aerospace information intelligence field. So Remote Sensing is one of the best programs to study in China. 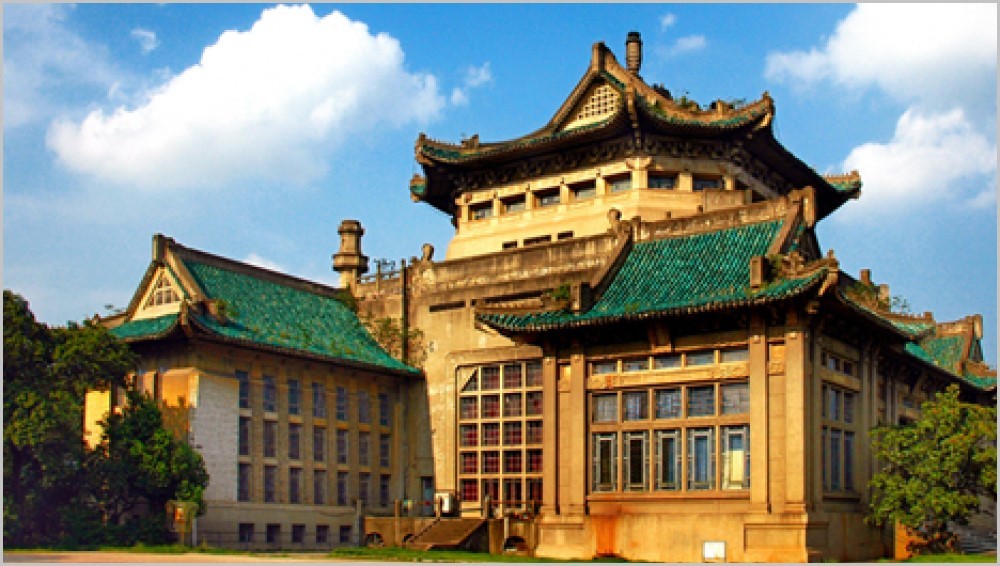 The Mining & Mineral Engineering of Central South University has been developed for nearly 120 years, with the strength of being the top in the world, and has transported rich scientific and technological achievements and high-quality leading talents for China's metal mines. So mining & mineral engineering is one of the best programs to study in China. 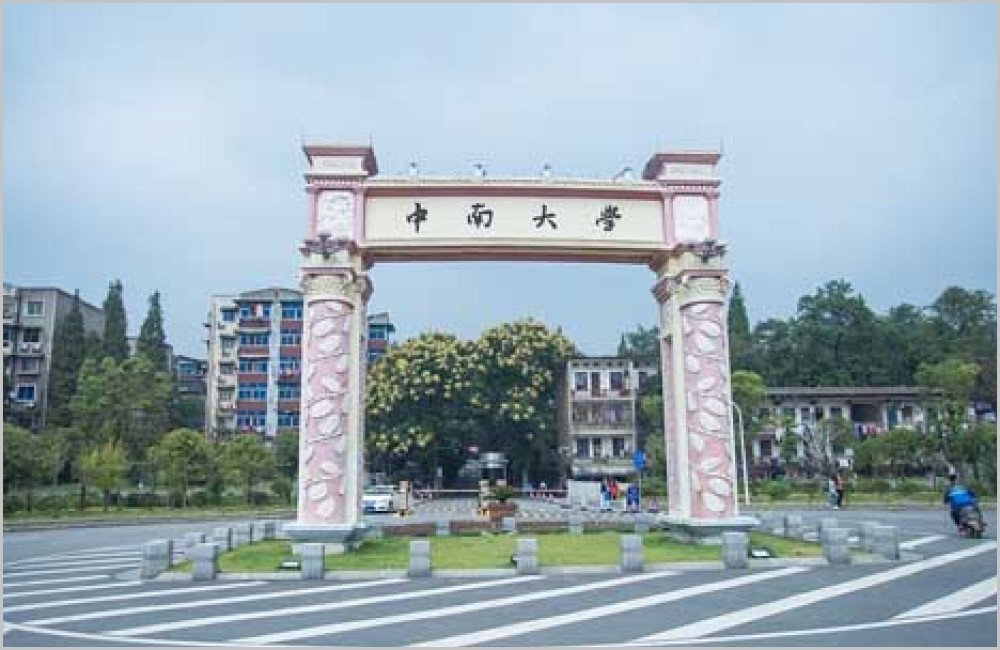 University of Science and Technology Beijing inherits the educational culture of "cradle of steel", takes training innovative and international metallurgical talents as its own responsibility, leads the development of China and even the world's metallurgical field, and drives the technological progress of the metallurgical industry. Academician Liu Yu, academician Zhou Guozhi and other famous masters and giants came out from University of Science and Technology Beijing to support China's industrial development. 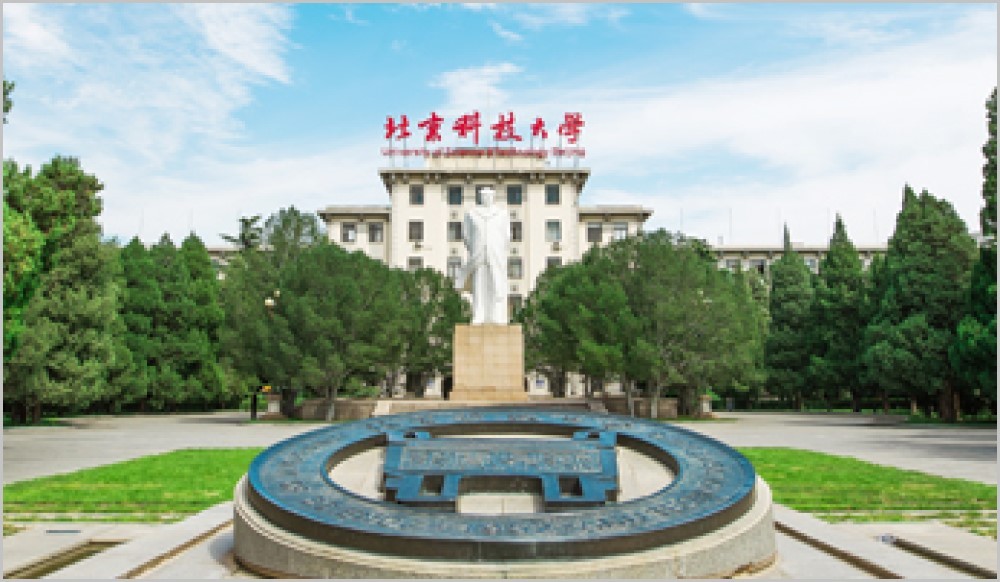 The Mechanical Engineering subject of Xi'an Jiaotong University ranks first in the world and also ranks at the forefront of the world in the field of high-end equipment. Serving social life with scientific and technological strength, Xi'an Jiaotong University has created a number of national "firsts", formed important subject influence, and contributed college wisdom and talent strength to the construction of manufacturing power. 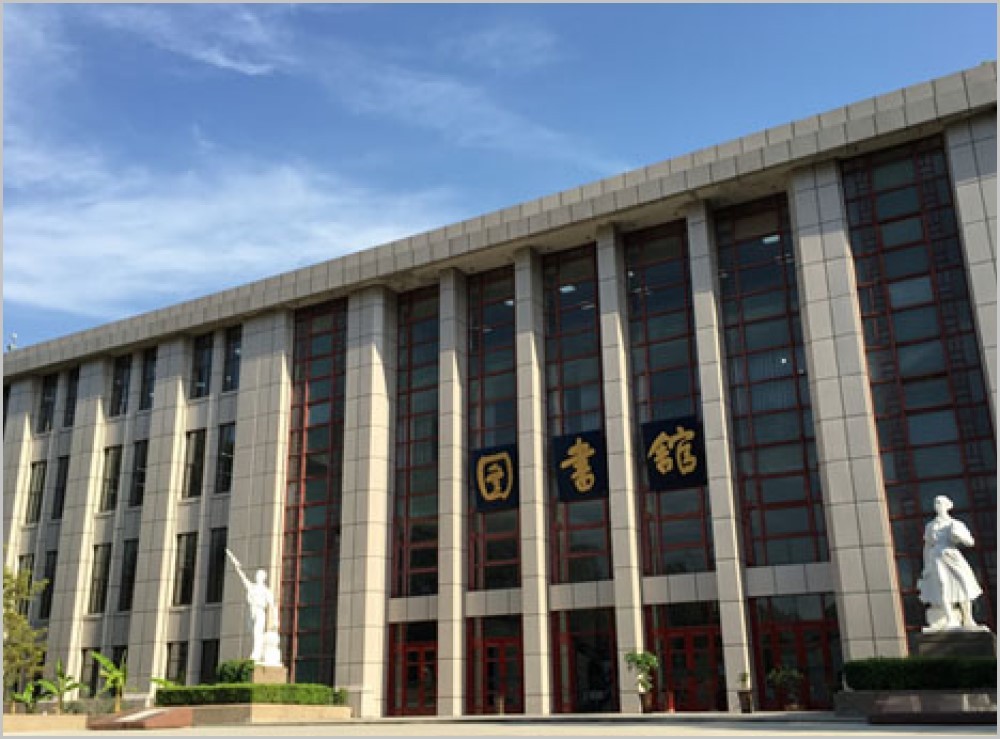 The School of Telecommunication Engineering（STE）focuses on modern electronics information, communication theory, and frontier technologies. It is the base of high-level engineer cultivation and scientific research. The school has developed the first shooting star trail communication system in China, the first-millimeter wave communication equipment, and the first ATM switch, which have made important contributions to the development of China's communications industry and have a fundamental influence at home and abroad.

The institute trained a large number of elite talents in the field of communication and electronic information for the national. Among them is a large number of outstanding alumni, including Yang Xiaoniu (the Chinese Academy of Engineering academician), Li Mofang (the World Telecommunications Organization outstanding contribution award winner), Wang Zhigang (the minister of science and technology), Yang Hong (the chief designer Tiangong-1 target aircraft), Guo Deying (the former president of Yulong computer communication technology co. LTD), and Li Qing (one of the founders of Tencent). 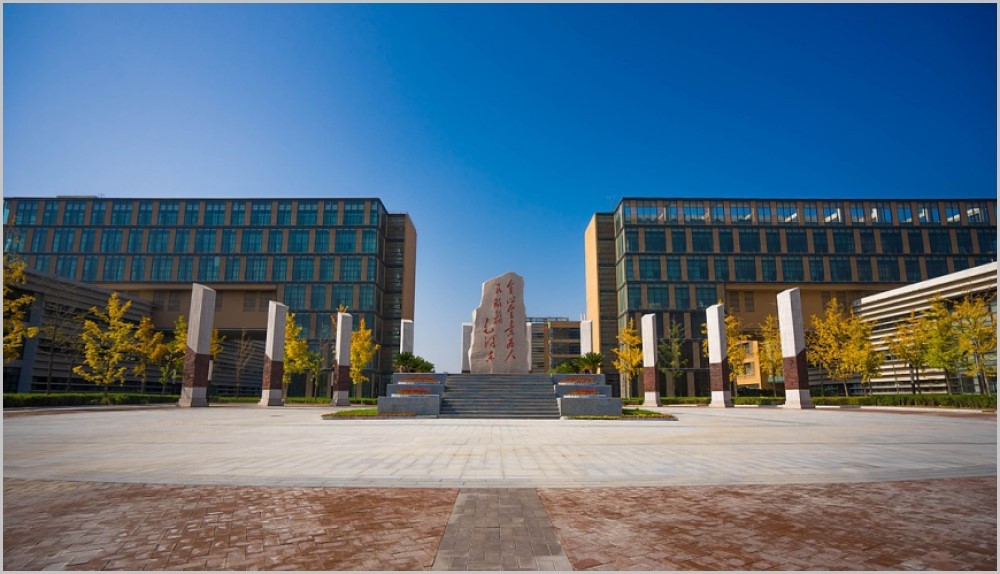 Well, do you know how to choose a major in a Chinese University now? If you still have any questions, you can ask my friend Claire (WhatsApp: +8619939724046) and she knows better than me in the field of studying in China. What is your idea of the best program to study in China?